All of the matter in the universe is made of fermions. They are for this reason one of the most abundant things in the universe. Fermions have been the topic of investigation for a long time. We have learned much about them. However, what we do know about them is encapsulated in the formalisms with which we deal with them in our theories. Does that mean we understand them?

Let’s think about the way we treat fermions in our theories. Basically, we represent them in terms of creation and annihilation operators, which are used to formulate the interactions in which they take part. These operators are distinguished from those for bosons by the anti-commutation relations that they obey.

To the uninitiated, all this must sound like a bunch of gobbledygook. What are the physical manifestations of all these operators? There are none! These operators are just mathematical entities in the formalism for our theories. Although these theories are quite successful, it does not reveal the physical machinery at work on the inside. Or does it?

Although a creation operator does not by itself represent any physical process, it distinguishes different scenarios with different arrangements of fermions. Starting with a given scenario, I can apply a fermion creation operator to introduce a new scenario which contains one additional fermion. Then I can apply the operator again, provided that I am not trying to add another fermion with the same degrees of freedom, it will produce another new scenario.

Here is the strange thing. If I change the order in which I added the two additional fermions, I get a scenario that is different from the one with the previous order. I can contrast this to the situation with bosons. Provided that I don’t try to add bosons with the same degrees of freedom, the order in which I add them doesn’t matter. What it tells us is that bosons with different degrees of freedom don’t effect each other. (We need to be careful about the concepts of time-like or space-like separations, but for the sake of this argument, we’ll assume all bosons or fermions are space-like separated.)

The fact that the order in which we place fermions in our scenario (even when they are space-like separated) makes a difference tells us something physical about fermions. They must be global entities. The entire universe seems to “know” about the existence of each and every fermion in it.

How can that be possible? I can think of one way: topological defects. This is not a new idea. It pops up quite often in various fields of physics.

All about physics and other such cultural activities. Love physics and being creative. View all posts by flippiefanus

This site uses Akismet to reduce spam. Learn how your comment data is processed. 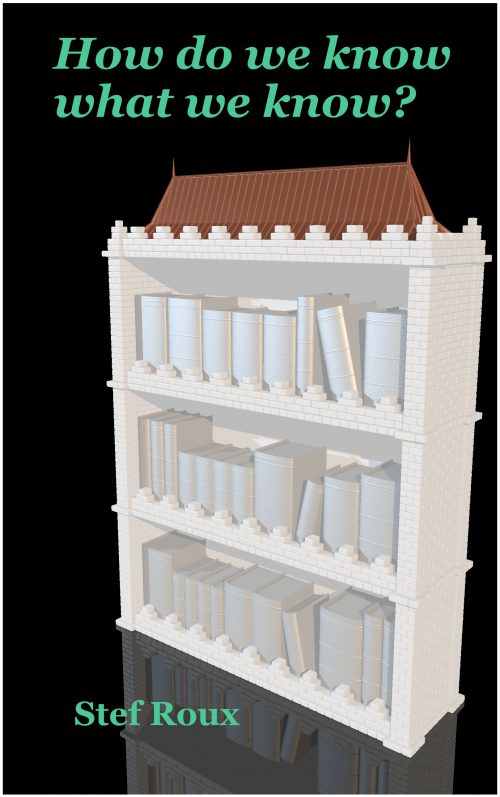